Around 2005/2006, the Utrecht hiphop scene was alive, with the 207 crew (PAX, Reazun, Atactic, Perceptie and DJ Mseize) being part of its core members, we jammed a lot and held sessions in my studio.

For Girly Pants I delivered the beat, Nighty Night was recorded together in a late night session. Girly Pants has never been released so far (apart from the 207 live shows), Nighty Night ended up as a hidden track on their Enjeweet EP. 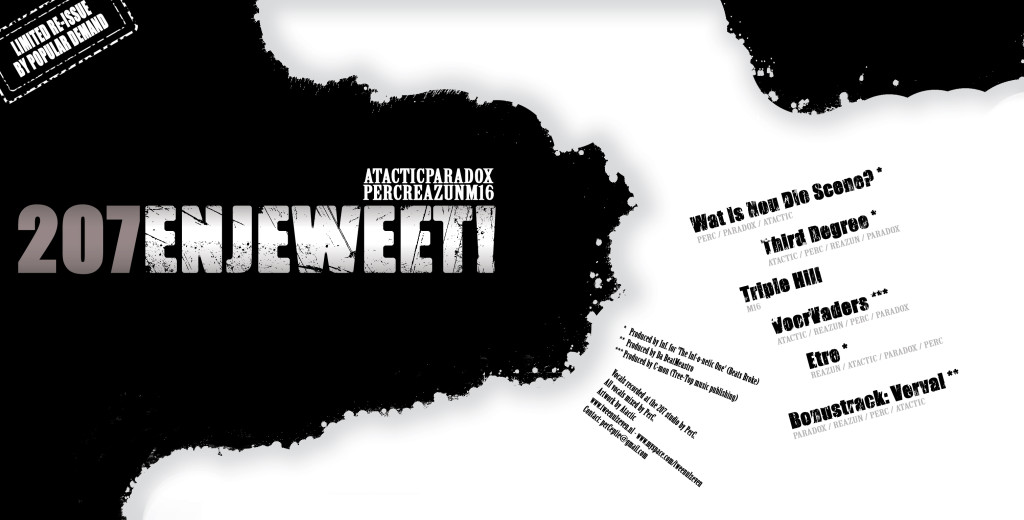